My first ever Phonics gig 🙂

Roll Up and Shine

The Bartender and the Thief

Hurry Up and Wait

I Wouldn’t Believe Your Radio

More Life in a Tramp’s Vest

Local Boy in the Photograph

Lying in the Sun

I Wouldn’t Believe Your Radio

Encore:
The Bartender and the Thief
I Wouldn’t Believe Your Radio
Maybe Tomorrow
Dakota

Encore:
The Bartender and the Thief
Maybe Tomorrow
Dakota

My 19th Sterephonics gig was my first at the impressive O2 Arena in London. I was pretty surprised at the size of the place, but despite that it had a great atmosphere and a good sound.

The gig was great. Good songs, good visuals and some good stories. A good mix of new and old in the set list. It was great to here “I stopped to fill my car up” and “Traffic” again and all the songs off the new album have made themselves at home in the bands set list. All in all, a cracking gig.

Encore:
I Stopped to Fill My Car Up
Just Looking
Handbags and Gladrags
Dakota

So TITP 2013 happened a few weeks back. It was a pretty awesome weekend. Below just a little mini review of each band we saw, and some (mostly rubbish) photos at the bottom!

Thursday was the party night! Several cans of Tennents and Magners were consumed and a late night party at the afterburner kicked off the weekend with style, and the Friday with a stinking hangover!!

Special mention to the Lords of Lightning – spectacular! http://www.youtube.com/watch?v=h2qotthJFaI

Proclaimers – Main stage   – kicked off the party in their inimitably Scottish way, playing all the usual classics! 8/10

Jake Bugg – BBC Stage – Slick and flawless from the fast rising folk/blues star . New and old tunes sounding great and looks like he’s been doing this for years. Loved it. 8/10

Phoenix – King Tuts – Didn’t work for me. Just a whole bunch of noise. Perhaps the tent didn’t do them any favours 5/10

Mumford & Sons – Main Stage – Great band performance, but they just don’t do it for me. All a bit samey and jingly jangly! 7/10

James Arthur –  Angsty edgy pop. Mostly a bit rubbish and full of himself but not entirely awful. 5/10

The View –  Much better than I expected and well loved by the Scottish crowd! 7/10

Lumineers – Another kinda folky act. Really good performance, got the crowd going and proved they have more than just that song off the advert…

Snoop Dogg – The total Shizzle, one of the highlights of the weekend. Total boss 9/10

The Script – Surprise of the weekend. Great live act, much better than their boyband records would suggest 8/10

Alt J – Disappointing from a band with so much hype, and not enough music to back it up with. 6/10

My Bloody Valentine –  Someone really should have told them that their mic’s weren’t on!! 4/10

Lewis Watson – Another folk-indie man and his guitar. No Jake Bugg, but ok enough. 6/10

Earth Wind & Fire –  Perfect start to the main stage. Basking in the sunshine and boogying to classic soul, dance and reggae! Great clothes too! 8/10

Ocean Colour Scene – Great when they played the ones everyone knows. 7/10

Editors –  Only caught a few songs from a distance, but sounded good. New material is great, and played like they’ve never been away. 8/10

STEREOPHONICS – I’ll try to be unbiased and just say that this is the most on-form I’ve seen the band for quite a while. Good mix of new tracks and old favourites. Some nice pyrotechnics too! 9/10

KILLERS! – Brilliant again. Covered a Travis song, and even a rendition of “Ole, Ole, Ole…”!

The scene of my 17th Stereophonics gig was a somewhat odd one. Sweaty folk fresh from a game of badminton mingled with the crowd at the bar and water gushed above us through the pool flumes (not log flumes..) in the Doncaster Dome leisure centre.

The main auditorium was actually relatively large. Bigger than I had expected, having thought this gig would be somewhere along the lines of the intimate affair in Carlisle.

Warming up the crowd was support act “Jack Weller”. In the flyers for his E.P., he promised us he “wasn’t shit”, and to be fair, he wasn’t. Really quite good in fact!

The Phonics opened with “We Share the Same Sun” (the opener from the new album) and then treated us to a medley of new and old, playing all but one of the new album tracks and a scattering of songs from throughout their now 8 album strong back catalogue.

The only album to fail to get a score on the board was Pull the Pin.

On the whole it was a good gig. I felt some of the new tracks were lost a bit in the smaller surroundings – they felt a bit “big” for the occasion. That’s not to say they weren’t good, but perhaps they will have better affect in the bigger arena shows.

The old favourites went down a storm but I couldn’t help but think – apart from the new stuff – it was quite a “safe” setlist – Vegas, Have a Nice Day, Mr Writer, Just Looking, Thousand Trees, Local Boy, Dakota… it was a little predictable. And I really don’t understand why they insist on playing Doorman or Could You Be The One – they have so many better songs.

Catacomb was the surprise of the night. They totally rocked it and indeed in this slightly smaller venue, it was these heavier tracks that sounded the best.

Some photos are over on Paul’s site here.

So I was lucky enough to go see the Killers at Nottingham Arena last weekend. I would say it was a solid, if a little unspectacular set from the Vegas, Nevada boys.

The new songs all sounded great live, and I’ve never heard Brandon’s voice sound so good. Nailed every single note. If I had a criticism, it would be that the band didn’t really seem that into it from the off, though they definitely fed off an enthusiastic Nottingham crowd and as the gig built to the pre-encore crescendo of the brilliant and emphatic “Runaways” and “When you were young”, you could tell they were having a good time.

I was pretty impressed with the Arena too. Our seats were great, just to the side of the stage, and the high banking of the seats meant it felt like we were sat right on top of the action.

The setlist is here and here are some photos!

I don’t know if this guy is really as geeky as he appears, or if it’s all just part of the act, but either way,  internet “sensation” Brett Domino and his trio of two put on a highly entertaining show of power pop medleys and key-tar solos! 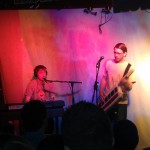 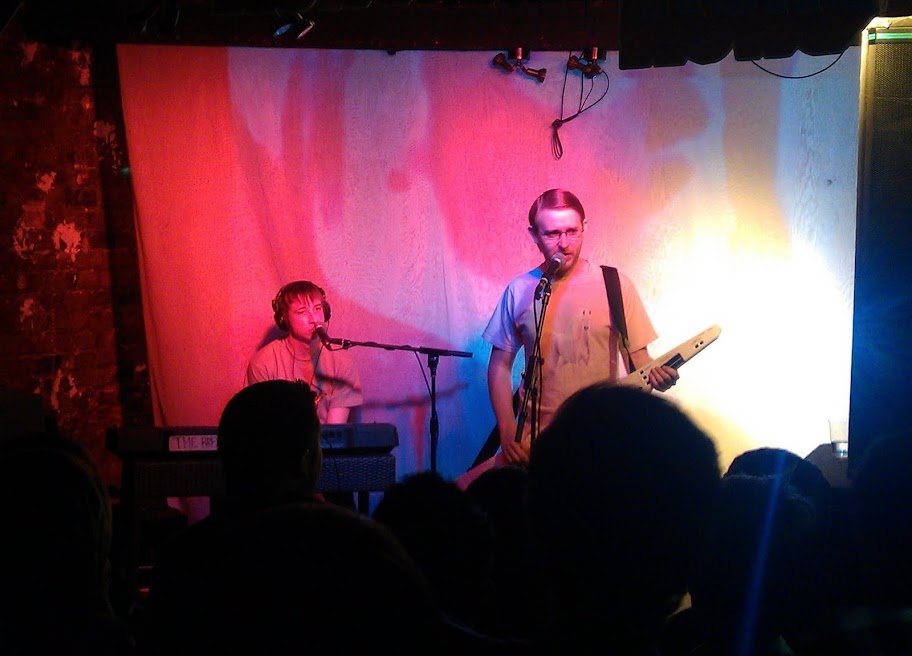 A very unusual yet amusing little gig! the Jurassic Park theme tune was a particular highlight!